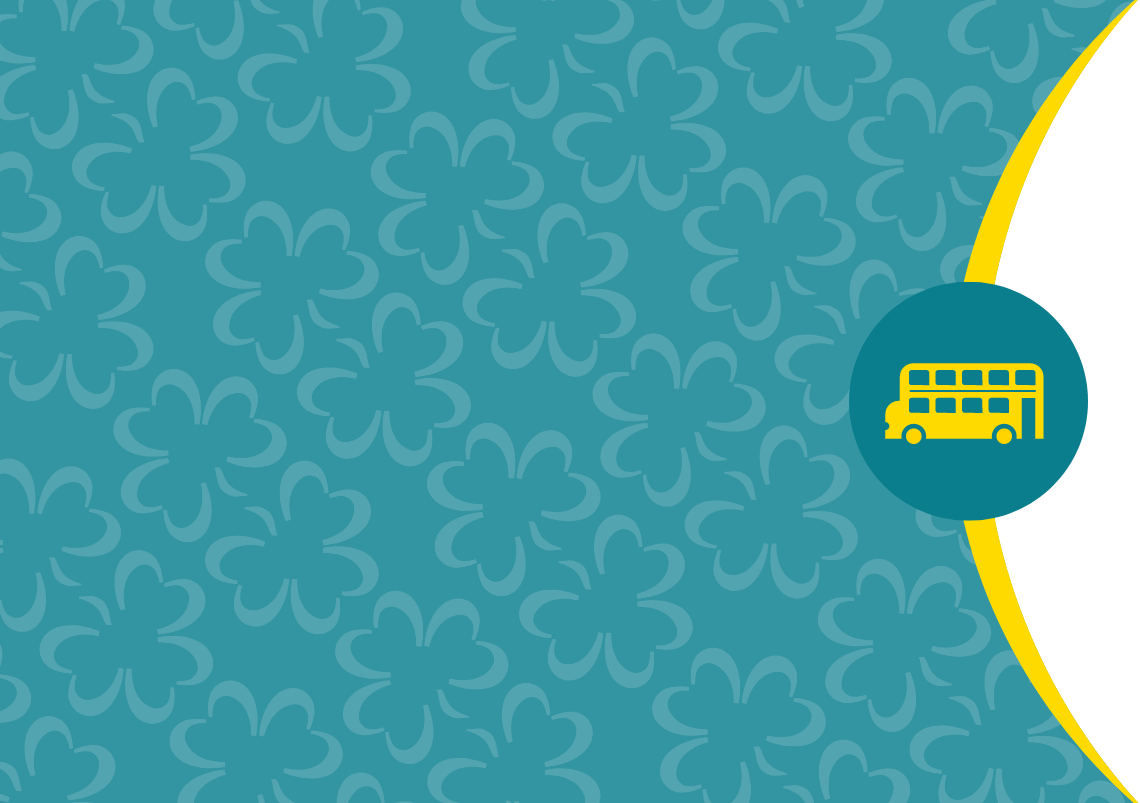 Pax Lodge Past and present

How we got here

Starting with Our Ark in 1939, the WAGGGS World Centre in London has grown over the years, first into Olave House (1959) and then into Pax Lodge. The Centre has always had close ties to the WAGGGS World Bureau (HQ) and, like all the World Centres, works to engage, empower, and support young women so that they can make a difference in their communities. In 1929, the World Committee of WAGGGS decided that a World Centre should be built for all Girl Guides and Girl Scouts in the world to share. 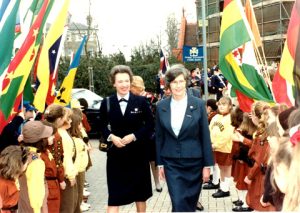 By the 1930s, more than one million girls and young women had already joined the Girl Guiding and Girl Scouting movement and the first World Centre had opened in Switzerland (Our Chalet). Many people recognized that Guides and Scouts visiting London needed a place to stay, so in 1937 the World Board agreed that a new World Centre would be established next door to the World Bureau.

Dame Katherine Furse, the first director of the World Bureau, spearheaded the World Centre project with a “Pennies Appeal” in her Thinking Day Letter.

On 22 February, 1928, the pennies started pouring in and enough money was raised to purchase 11-13 Palace Street: Our Ark had finally set sail.

Our Ark was officially opened on 2 May, 1939. Its doors remained open throughout the Second World War, when it served as a safe haven for international Guides and Scouts. 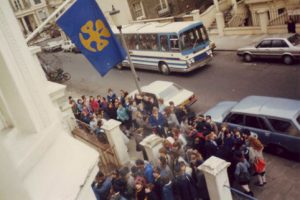 As the Girl Guiding and Girl Scouting movement grew, so did the World Bureau and the World Centre. At the 1957 World conference in Brazil, WAGGGS decided to ask its members to help raise money for a newer, bigger home for the Bureau and the Centre. Canadian Girl Guides and American Girl Scouts contributed by sponsoring bricks, and English Girl Guides raised money for the garden.

Our Ark sailed into a small Victorian hotel at Earl’s Court, but the World Bureau decided to establish its new headquarters in the former Boy Scouts International Bureau.

During its Silver Jubilee ceremony in 1963, Our Ark was renamed “Olave House” in honour of Lady Olave Baden-Powell. Lady Baden-Powell herself presided over the ceremony. 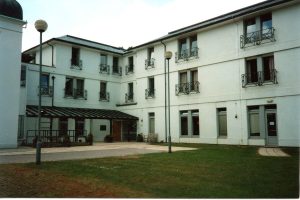 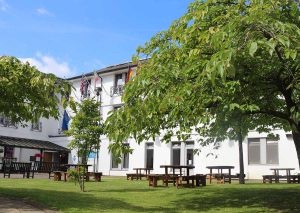 By 1978, plans were made to reconnect Olave House and the World Bureau as part of the Olave Centre Project. The Project snapped up a plot of land in the quiet suburb of Hampstead, a neighbourhood renowned for its artistic and literary connections. The World Bureau was officially opened on February 15, 1985.

The Centre was renamed ‘Pax Lodge’ as a tribute to the Baden-Powells. The Latin word for peace, pax, was present in the names of their homes in England and Paxtu in Kenya. The name also highlights the importance of peace in the Girl Guiding and Girl Scouting movement.

Our foundation stone was unveiled in 1988 by The Honorable Mrs Betty Clay, Lord and Lady Baden-Powell’s daughter. Our doors were also donated by members of the Baden-Powell family, to symbolise that the doors of Girl Guiding and Girl Scouting are open to all women and girls.

On 15 March 1991, Her Royal Highness Princess Benedikte of Denmark officially opened Pax Lodge. Since opening, Pax Lodge has welcomed hundreds of thousands of guests, including day visitors from more than 65 countries. The centre has become a gathering place for girls and young women seeking international friendship, WAGGGS education and warm accommodation.

As a World Centre, we aim to engage, empower, and support young women so that they can make a difference in their communities. We want to reach out to more girls and young women and continue to share our Movement with others.

Everyone at Pax Lodge helps WAGGGS achieve its goals through programmes, events and more. 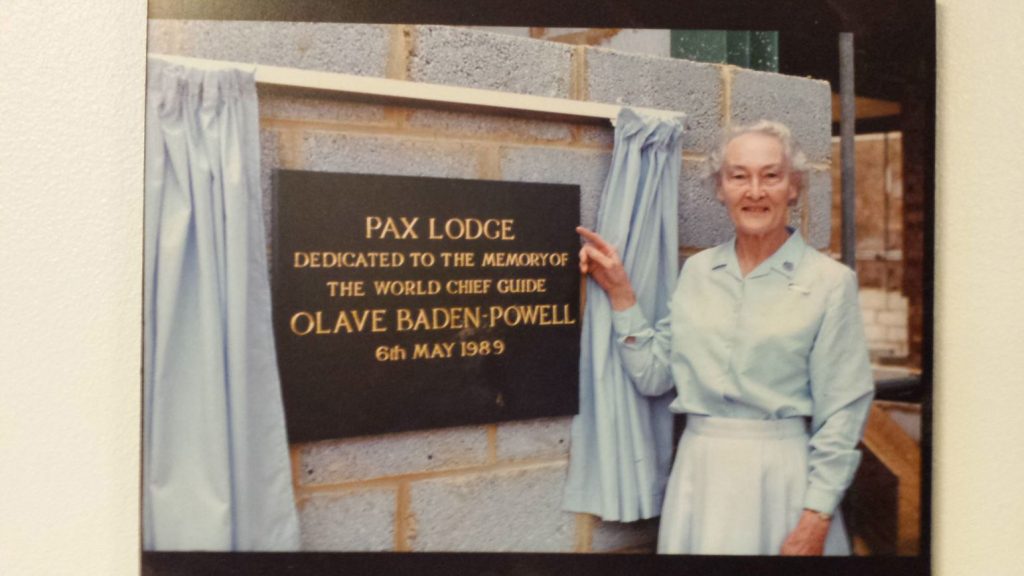 Open since 1939, Pax Lodge has a rich history. Learn more about how the 2nd WAGGGS World Centre was created. 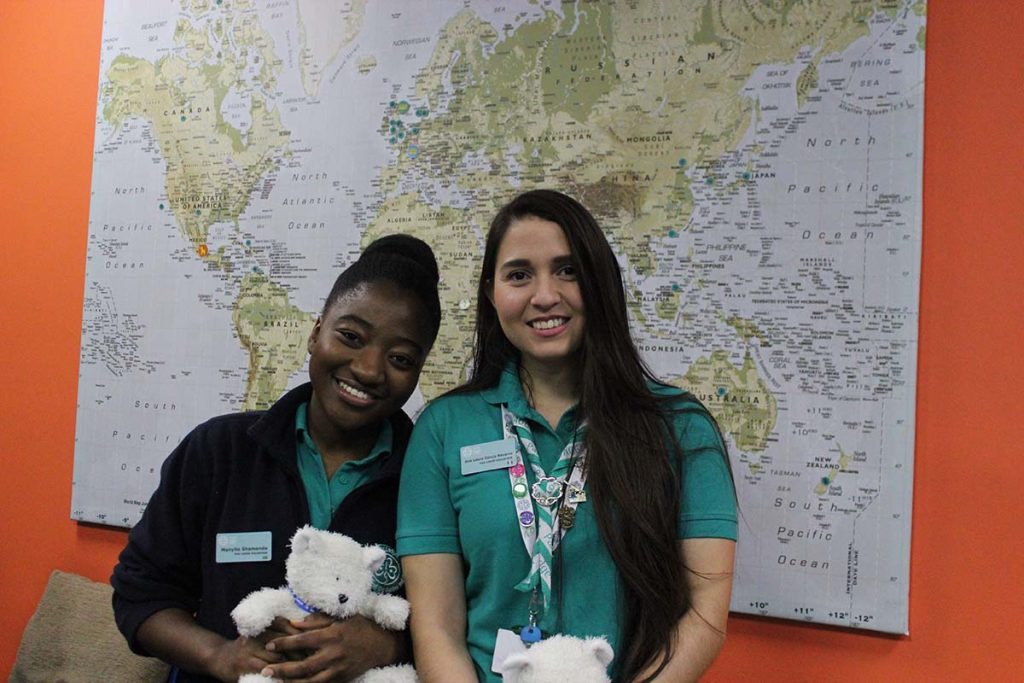 Pax Lodge is run by a dedicated team of staff and volunteers. Get to know the current team. 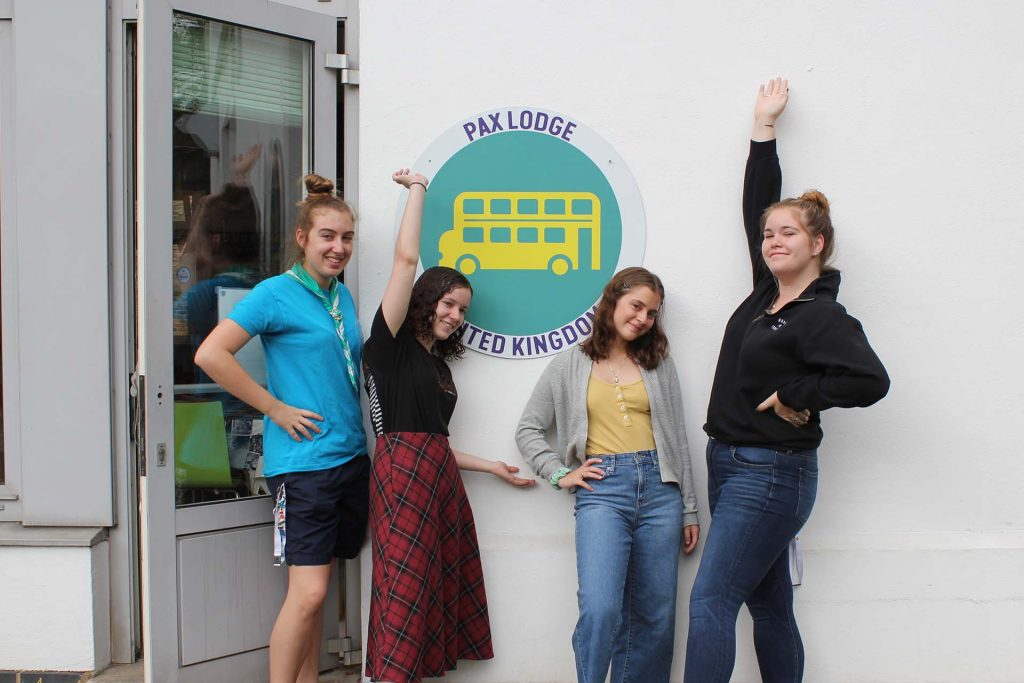 Find out all about volunteering at Pax Lodge and see our current volunteer and paid vacancies.

JOIN US AT Pax Lodge

By supporting Pax Lodge, you are also supporting the mission and vision of the largest movement for girls and young women in the world — the World Association of Girl Guide and Girl Scouts.

Once you’ve made your booking you will need to think about the details for your stay.